Freelancers Vs In-House Employees – Which Is Better?

Freelancers have been slowly taking over the business world since the 1950s, and this process has only increased in the past decade. According to Upwork, there are currently 53 million freelancers around the world competing with each other to get the best jobs. In-house employees still make up the majority of workers in most companies, but freelancers’ numbers are on the rise. Many factors go into deciding whether to bring on an in-house employee or hire a freelancer, so let’s take a look at some of them below.

Pros and Cons of In-House Workers

There are several different factors to consider before deciding whether or not to hire in-house. This depends largely on your resources, and how much you value your company’s expertise and experience. In-house employees offer a more personalized experience for your customers, but they can be costly and time-consuming when it comes to sourcing.

There are several benefits to having in-house workers, including

Compared to hiring freelancers, in-house workers are cheaper to hire for several reasons. In many cases, especially if you’re hiring at a low level of expertise, you don’t have to worry about attracting and retaining talent or even paying someone’s unemployment or other benefits. In addition, in many cases, you can avoid taxes by paying them as contractors instead of staff members.

There’s no doubt that some people are just more dedicated than others, and having in-house workers means you know they won’t walk out on you when times get tough. Freelancers might have other options or priorities; you never know what they might be thinking.

One of the biggest challenges of outsourcing work to freelancers or contractors is that it’s often hard to keep them on task, motivated, and focused. You can control in-house workers easily.

The best part about in-house workers is that you can ensure they’ll stick around because your business relies on them. Freelancers might take a job with another company at any time, but they probably won’t risk their employment with you.

There are several cons of in house workers. these include

Pros and Cons of Freelance Workers

There are many pros and cons to hiring freelancers versus in-house workers. If you have a small business, or just need some help with certain tasks, having a freelance worker can be an amazing addition to your company. Let’s take a look at some of these pros and cons

The following are the benefits of working with freelance workers

1. They Are Experts in Their Field

Working with freelancers allows companies to hire experienced professionals and industry leaders who can bring a high level of expertise and talent to an assignment. With freelancers, you don’t have to pay to train workers or break them in. Freelance workers already have proven track records; they already know how to do their jobs well, which means they’re up and running faster than new employees will be.

2. They Come at Lower Costs

Hiring freelancers allows companies to save money. Freelance workers aren’t saddled with as many onerous employer fees, and they don’t have to be paid for benefits like health insurance or retirement packages. When you hire freelance workers, you can also eliminate tasks such as payroll processing and human resources work, saving even more money.

They are easier to manage than in-house staff. Working with freelance workers allows companies to scale their workforce based on project needs. If you need temporary help, it’s easy and inexpensive to call in freelancers as needed; however, if you don’t need their services at that time or for a while, you don’t have to pay them when work isn’t available. This flexibility makes it much simpler to balance workloads among your in-house staff and avoid hiring more people than you need for any particular task.

Freelance workers can be hired without providing any additional benefits like health insurance or retirement plans, which saves companies money. Also, since freelancers typically work from home offices (or in small co-working spaces), they don’t require large amounts of office space or equipment. Because you don’t have to provide a larger infrastructure for them, hiring freelance workers can help save your company even more money.

5. They Aren’t as Costly to Terminate as In-House Staff Members Are

When you hire an in-house employee, there can be significant time and money involved with terminating that person if they don’t work out. If a freelance worker doesn’t do a good job on an assignment, it’s much faster and easier to fire them and move on, saving your company more money in hiring and firing costs.

The following are the disadvantages of working with freelance workers

1. They Don’t Have a Direct Connection with Your Business

Since freelancers work for different companies, there are chances that they may not be updated with the latest information about your company, its mission and its vision. Also, freelancers only see you as an employer, who pays them their salary. As a result, they don’t get motivated to do more for you.

2. There May Be a Lack of Commitment from Freelancers

If you hire on a contract basis, there are chances that you may have to fire them before their contract period ends. Since they see you as just another client or employer and not someone they can depend on in future, they might not feel committed to doing a good job for your company.

So, if you hire a freelancer to work on your project, there are chances that they might not give their 100% to it. Sometimes they may even take up other projects while still working for you and deliver poor quality of work, to meet all deadlines.

Do You Need Both Freelancers and In-House Workers?

There’s no denying that working with freelancers has several clear benefits. First and foremost, freelancers allow businesses to hire outside of traditional work hours, giving them 24/7 access to an expert workforce. Secondly, freelancers tend to be lower in cost than permanent staff members. But, as with all things in life, there are downsides too. As we mentioned above, it can be difficult for companies to maintain control over their project when they’re hiring freelancers—which means projects may go off track and deadlines might get missed. On top of that, managing freelance workers takes a lot more effort on behalf of employers; businesses have to ensure they have everything they need in place—from contracts to insurance—for contractors not to put themselves at risk when they come on board.

The main question is whether you need both freelancers and in house workers. If your business has a project that requires specialization in a very particular area, but only for a finite period, then it makes sense to hire outside experts. However, if you’re looking for long-term support from an expert team who can act as a part of your company (rather than solely as contractors), outsourcing might not be the best option. Ultimately, what will work best for your business will depend on its specific requirements.

You should consider things like: What kind of relationship would suit you best? Will they fit into your existing team dynamic or will they operate independently? Will you require them to stay with you indefinitely or do they just have a set term before another employee takes over responsibility for their projects? And more importantly, how important are cost and flexibility in achieving these objectives?

It’s clear that although freelancers and outsourcing may be difficult to handle, there are many benefits such as efficiency, cost-saving and high quality of work. It all comes down to your needs. Do you want an in house team or do you need extra hands for a project? Freelancing might be just what you’re looking for. If not, then maybe it would be best if you didn’t venture into it. Evaluate your needs and go from there. In any case, companies and individuals alike should consider using both resources to get everything they need from their business.

1. How do I know if a freelancer is trustworthy?

When you hire someone to help with an aspect of your business, it’s important to understand what their experience level is and what type of training they have received.

In some cases, hiring someone on an outsourced basis might be cheaper; however, there are many factors to consider when choosing between these two options.

3. Why should I outsource tasks rather than handle them myself?

Hiring a freelancer can free up time for you to focus on other aspects of your business and get projects done more quickly.

4. What issues should I think about before outsourcing work overseas?

Many companies choose to outsource specific jobs that aren’t mission-critical to overseas countries. However, you need to make sure that your data will be secure.

How to Find the Right Contractor for Your Business?

What Parts of Your Business Should You Outsource?

What You Should Look for in A Project Manager

Requirements to Open Your Business in Australia

Top Websites to Connect with Tradies in Australia

What Are the Qualities of a Successful Entrepreneur? 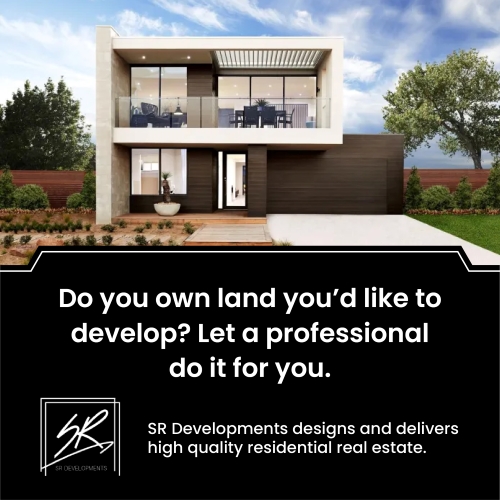 When.com.au provides opinions, factual information, general advice and pathways to Australian services & products. Although we cover a large range of the providers available, we don't cover every option available. You should always seek qualified independent advice before engaging any services or following any general advice as it is not tailored to your circumstances. We hope that the information and general advice provided will help you make a more informed decision. If you decide to apply for a product or service through our website you will be dealing directly with the provider of that product or service and not with us. This websites contains advertising, sponsored content and commissioned referrals.